A mystery heist adventure based on post-colonial historical facts that will take you for a head-spinning ride of legends, romance, crime, betrayal, revenge, and murder.
Probably everyone heard of gold, diamond, or a money heist. On the other hand, who has ever heard of a tea heist? Why would anyone steal an old brick of Chinese tea?

In 1850, Xianfeng was installed as the ninth emperor of the Qing Dynasty. A commemorative brick of pressed tea was made to mark this historical occasion. According to the legend, that precious brick of tea was stolen by Robert Fortune, a Scottish botanist assigned by the East India Company to commit the greatest act of industrial espionage of the time. His daring mission was to steal not only the brick but also Chinese tea plants and the secrets of tea technology to boost Britain's Indian tea industry. According to the story, Fortune sent the emperor's brick of tea to Queen Victoria in hopes of a knighthood. But “Fortune's Brick” worth six million dollars mysteriously disappeared—until now.

In modern-day London, a group of very wealthy tea mavens has been invited to a private and secret auction of Fortune’s Brick. These international tea lovers include a delusional Mandarin yearning for China's ‘good old days’, a British architecture critic, a London crime boss, a scheming American, a desperate Indian tea plantation owner, and a Russian who's biggest problem is not finding a soccer team to buy. 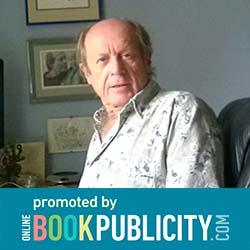